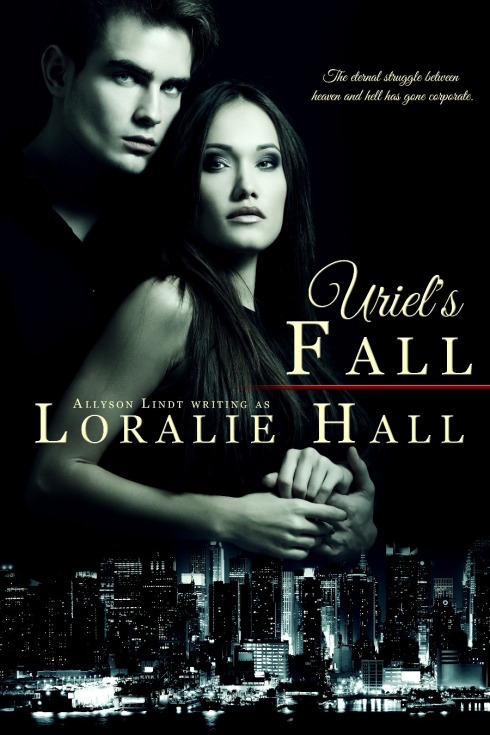 What’s a corporate demon to do when the voice in her head is devouring her sanity from the inside out, and the hosts of heaven and hell would rather see her destroyed than surrender a power they shouldn’t possess?

Ronnie has the job any entry-level angel or demon would sell their soul for—she’s a retrieval analyst for the largest search engine in the world. Ubiquity is a joint initiative between heaven and hell. Because what better way to track all of humanity’s secrets, both good and bad, than direct access to their web browsing habits.

She might appreciate the position a little more if a) she could remember anything about her life before she started working at Ubiquity, b) the damn voice in her head would just shut up already, and c) her boss wasn’t a complete dickhead.

As she searches for the solutions to the first two issues, and hopes the third will work itself out in performance reviews, she uncovers more petty backstabbing than an episode of Real Housewives, and a conspiracy as old as Lucifer’s descent from heaven. On top of all that, if she forgets the cover sheet on her TPS report one more time, she’s absolutely going on final written warning.

Now Ronnie’s struggling to keep her sanity and job, and stop the voice in her head from stealing her life. She almost misses the boredom of data analysis at Ubiquity. Almost.

I materialized from the ether, already anticipating the comfort of Lucifer’s office in hell and being enveloped in the closest thing I recognized as feeling like home. His door was open when I got there, and I saw him at his desk so I pushed in with a brief announcing knock.

I exhaled in relief as his familiar aura seeped into me. As one of the three remaining originals, he had his own little corner of hell that was all his and no one else’s. Instead of being generic day to day blahness, it radiated the fact that he’d occupied it for millennia. As I got far enough inside to see the rest of the room, I froze, all coherent thought evaporating.

Lucifer wasn’t alone. The stranger looked up, steel-blue eyes locking on mine. A few days growth of black stubble decorated his chin, and his mud-caked boots rested on Lucifer’s desk, the occasional flake dropping down to mar the shine. It wouldn’t scuff the oak finish—Lucifer liked his polished-until-it-was-almost-a-mirror wood finishes too much to let that happen, but it still had to be irritating the hell out of my mentor.

It wasn’t always easy to tell the difference between an angel and a demon—since technically we were all made from the same stuff, and just accomplished our goals differently. But a real angel. One served order instead of looking for the loopholes that allowed chaos, had a different aura. A smooth glow instead of a kaleidoscope of fractured light.

And the arrogant man with his feet on my boss’s desk was more distinctly angel than anyone I’d ever met. Something about the situation, on top of the last twenty-four hours of my bizarre life, amused me. Who was he? Angels in hell weren’t unheard of, but they disliked our methods enough that visits were rare. I stepped toward him. With dark hair, light eyes, and an obvious disdain for the most powerful demon in existence, he was sexy, and compelling, and—

If you’ll stop swooning, I can kill that fucker. Right here and now. Draw your sword.

Loralie Hall is a full time corporate geek and a fuller time writer. Her spouse is her muse and their cats are very much their children. When they’re not spending way too much time gaming, they’re making the world more good by vanquishing one fictional evil at a time.

Author of romance of all stripes. END_OF_DOCUMENT_TOKEN_TO_BE_REPLACED
This entry was posted on Wednesday, May 28th, 2014 at 12:05 am and tagged with angels, cover reveal, demons, Loralie Hall, paranormal romance, Uriel's Fall and posted in Books!, Guest Post, Paranormal, Uncategorized. You can follow any responses to this entry through the RSS 2.0 feed.
« You Should Make that a Mainstream Book! Hop Against Homophobia
Kink Club Blues by Eva Lefoy: New Release Spotlight »