I have author Shiloh Saddler visiting me today with a quick interview with her character Felix from her new release Private Pleasure. Thanks for stopping by and take it away, Shiloh! 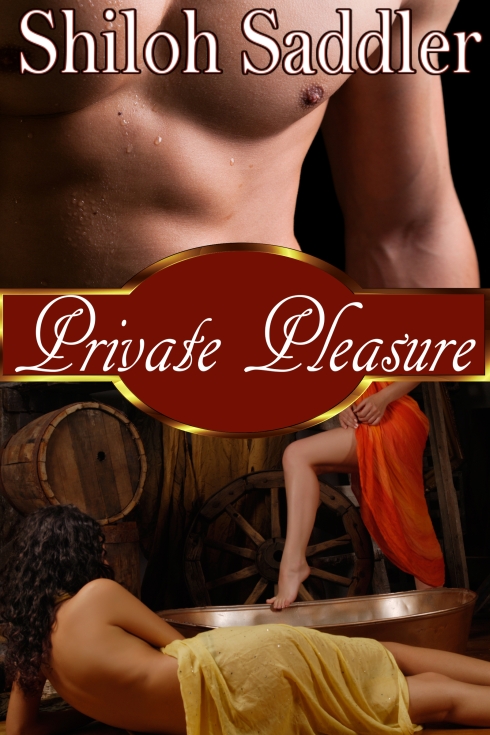 Senator Felix has eyes for two beautiful women in my newest release Private Pleasure. Set in Ancient Rome during a time when it was against the law to have a concubine and wife at the same time he fully realizes his lust could get him into trouble. Except he’s used to getting his way. What is a man to do?

Senator Felix has a commanding presence even though Livia and Naomi take up most of the page time. I thought I’d let him step into the spotlight for a few minutes to answer some questions.

If you had a free day with no responsibilities and your only mission was to enjoy yourself, what would you do?

That’s an easy question. I’d never leave my bedchamber. I’d spend all day in bed pleasuring my wife and Naomi.

What impression do you make on people when they first meet you? How about after they’ve known you for a while?

Usually people are intimated by me at first glance. I’m one of the tallest men in the Roman army and often have a serious expression. After they’ve gotten to know me for a while they realize I’m a man of my word and relatively easy to get along with.

Do you think you’ve turned out the way your parents expected? 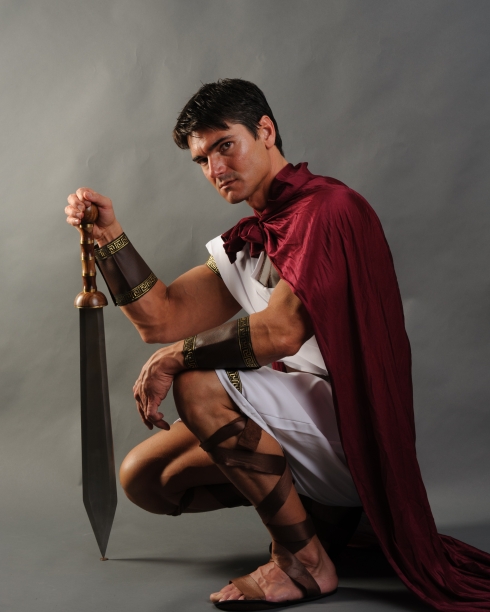 I haven’t exactly followed my father’s path to success. So no I don’t think I turned out how my parents expected, however I achieved more success than they thought possible. Sometimes it pays to listen to your heart.

What’s the worst thing that’s happened in your life? What did you learn from it?

Helplessly watching my army being cut down to the man because we were outnumbered. I learned to always expect the unexpected and be prepared for the word possible situation.

What are you most afraid of?

I’ve always been ambitious, but sometimes there are costs for success. I constantly worry about disgracing my family and not living up to the high expectations and responsibilities placed on my shoulders.

A member of the Roman elite, Livia, shares a secret Sapphic relationship with her slave that’s threatened when her father forces her to marry a powerful senator. But after her new husband introduces her to the pleasures of sex with men, she finds her attraction torn. Is it the senator she wants in her bed, or her slave?

Felix’s political ambition knows no bounds, nor his appetite for women. But when a critical mission results in his capture, it’s only getting back to his two lovers he desires, no matter what the diplomatic fallout. Little does he know the risks he’s taken in his bed and in the field have not gone unnoticed by the emperor, but will he be rewarded or reprimanded for his actions?

Shiloh Saddler likes to do research for her steamy romances first hand. She has invented a time machine and travels back to the 19th century on a regular basis. There are experimental settings on her time machine which could propel her into the future and even other worlds. She believes love and a good book makes anything possible.

Author of romance of all stripes. END_OF_DOCUMENT_TOKEN_TO_BE_REPLACED
This entry was posted on Thursday, September 25th, 2014 at 12:35 am and posted in Uncategorized. You can follow any responses to this entry through the RSS 2.0 feed.
« From Chicago, With Love: Cover Reveal
Short & Sweet Review: Dark Space by Lisa Henry »