Woo hoo! Today I have my sister author (if you will, since we’re both published by Liquid Silver Books) Jessica Cale visiting. I adore Jessica’s books. Seriously, if you enjoy historical romance–not the window dressing kind, but the real deal–you should check out her Southwark series.

And her covers are sooooo pretty… Sigh.

Jessica has given us a mini history lesson rife with dastardly doings (my favorite), so read on!

The Long Way Home is set in the court of Louis XIV at the beginning of the murder scandal that would become known as the Affair of the Poisons. Although this has become an overlooked corner of history, the revelations that arose from this scandal once caused terror throughout France and had serious consequences for hundreds of citizens from all walks of life. So what was it?

The Affair of the Poisons

The Affair of the Poisons was a major scandal that took place during the reign of Louis XIV in France between 1675 and 1682. Hundreds of people were accused of murder, conspiracy, and witchcraft, resulting in the imprisonment, torture, exile, or execution of nearly three hundred people, many of them prominent members of society.

The Affair of the Poisons is generally considered to begin with the trial and subsequent execution of Madame de Brinvilliers in 1675-6. A wealthy and respectable woman, Brinvilliers was convicted of conspiring to poison her father and two brothers with hopes of inheriting their estates. This was no crime of passion, but a coldly calculated maneuver executed very slowly over the course of years. She went to the trouble of installing her own servants in the homes of her father and brothers, and successfully poisoned all three relatives. She had also poisoned her husband and daughter, but gave them both antidotes in a fit of conscience.

This trial called attention to other mysterious deaths and raised fears across the kingdom. When an anonymous note detailing a plot to murder the king was found in a confession box in 1677, paranoia hit fever pitch.

The fears were well-founded.

When another woman, Madame de La Grange, was arrested in 1677 on murder charges, she appealed with information of other serious crimes, leading to the discovery of a vast network of people involved in poison, murder, witchcraft, infanticide, and even Satanism right under the King’s nose.

Gabriel Nicolas de la Reynie, the chief of Paris police, followed the accusations to a number of fortune tellers, alchemists, and even renegade priests. If you’re thinking all this was over a little palm reading, think again. Fortune tellers and others were found to be selling poisons and other “remedies” door-to-door or even in shops along with cosmetics and household tonics (think evil Avon lady).

The most infamous of these was midwife Catherine Deshayes Monvoisin, also known as La Voisin, who was arrested in 1679. Following her arrest, La Voisin implicated many of her clients who were prominent members of the aristocracy, including one of the king’s mistresses, Madame de Montespan, the Comtesse de Soissons, the Duchesse de Bouillon, and the Duke of Luxembourg.

Although the poisons they were using were potent enough to do away with rivals without any help, it was believed that magic gave the poison its power. We’re not talking about a few little spells, here, either. The magic was believed to come from priests, and a number of unscrupulous priests accepted this kind of work on the side to supplement their clerical livings. For a fee, they would say mass over magic charms and even poison to infuse them with power, regardless of their intended use. If poison or charms made from holy oil or menstrual blood did not prove to be potent enough to achieve the person’s aims, there was also something called an Amatory Mass. What was that, exactly? You probably don’t want to know. If you’re at all squeamish, maybe skip the next paragraph.

At the height of the Affair of the Poisons, there were accusations that certain prominent members of the court, most notably the King’s longest-serving mistress and mother to seven of his children, Madame de Montespan, had employed corrupt priests to perform a ritual called an Amatory mass. While it was superficially similar to common Christian mass, it differed with a few key details. Said over the body of a naked woman (usually the person requesting the magic), it culminated in the sacrifice of a human infant. While the existence of these has not been conclusively proven, testimony of priests thought to be involved is eerily similar.

The investigations into the Affair of the Poisons resulted in the imprisonment, torture, and interrogation of many people, as well as the execution of a further thirty-six. Following the execution of La Voisin in 1680, the king’s minister, Jean-Baptiste Colbert helped to sweep things under the rug on the king’s instruction. His Chambre Ardente, a court established to judge cases of poisonings and witchcraft, was closed in 1682 on the king’s instruction because so many courtiers and those connected to them had been questioned and found guilty that he could not abide the scandal.

Some measures were taken to limit the availability of poisons after the scandal. In 1682, an edict proclaimed that anyone convicted of supplying poison, whether or not that supply resulted in death, would be sentenced to death. Alchemists found themselves under greater scrutiny because of the involvement of a small number of them in the formulation of the poisons, most notably Brinvilliers’ alchemist lover. The same edict restricted alchemy to that conducted with the protection of a permit. Further limits were placed on the sale of arsenic and mercury sublimate, so that they were no longer available to the general public, but only to professions that were deemed to require them.

The Long Way Home takes place in Versailles in 1677, just as the Affair of the Poisons is beginning in earnest. The court is plagued with mysterious deaths, the king fears for his life, and Alice quickly discovers that court is not as virtuous as it appears.

Anne Somerset. The Affair of the Poisons: Murder, Infanticide, and Satanism at the Court of Louis XIV.

A paranoid king, a poison plot, and hideous shoes…it’s not easy being Cinderella.

After saving the life of the glamorous Marquise de Harfleur, painfully shy barmaid Alice Henshawe is employed as the lady’s companion and whisked away to Versailles. There, she catches King Louis’ eye and quickly becomes a court favorite as the muse for Charles Perrault’s Cinderella. The palace appears to be heaven itself, but there is danger hidden beneath the façade and Alice soon finds herself thrust into a world of intrigue, murder, and Satanism at the heart of the French court.

Having left his apprenticeship to serve King Charles as a spy, Jack Sharpe is given a mission that may just kill him. In the midst of the Franco-Dutch war, he is to investigate rumors of a poison plot by posing as a courtier, but he has a mission of his own. His childhood friend Alice Henshawe is missing and he will stop at nothing to see her safe. When he finds her in the company of the very people he is meant to be investigating, Jack begins to wonder if the sweet girl he grew up with has a dark side.

When a careless lie finds them accidentally married, Alice and Jack must rely on one another to survive the intrigues of the court. As old affection gives way to new passion, suspicion lingers. Can they trust each other, or is the real danger closer than they suspect?

“Really brilliant writing that’s so engaging with such endearing characters! I especially love the way Jack and Alice are both so devoted to each other! I was totally absorbed in this exciting and fascinating world Jessica Cale created from the very first paragraph to the last! I read this all in one sitting, staying awake late to finish, just had to!” – Romazing Reader

Find the rest of the series here. 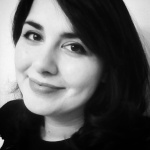 Jessica Cale is the award-winning author of the historical romance series, The Southwark Saga. Originally from Minnesota, she lived in Wales for several years where she earned a BA in History and an MFA in Creative Writing while climbing castles and photographing mines for history magazines. She kidnapped (“married”) her very own British prince (close enough) and is enjoying her happily ever after with him in North Carolina.

Author of romance of all stripes. END_OF_DOCUMENT_TOKEN_TO_BE_REPLACED
This entry was posted on Thursday, March 3rd, 2016 at 12:01 am and posted in Uncategorized. You can follow any responses to this entry through the RSS 2.0 feed.
« Balancing Act is Official! #LGBT #Gay #Romance
Cover Reveal: Stiletto Secrets by Bella J »