I forgot to post this the other day, so I’m sticking a quickie up now. 🙂

Crossed Hearts is up on Amazon for pre-order! To celebrate, I’m posting a never-before-seen excerpt. Enjoy!

“You ever run into your ex, you can tell him he’s got it all wrong.” Kory combed his fingers through the hair behind Will’s ear. “And he’s especially stupid for not seeing how lucky he was.”

I’m especially stupid for falling for him.

Kory carried the conversation on the way home. Will did his best to put up an attentive front, but misgiving warred inside him. Did it matter who he had dated in the past? He’d never considered Kory and Darryl might cross paths, but that was before he knew exactly how unforgivable Darryl’s actions were. Did he gamble the two would never meet again? In a small town, the odds weren’t in Will’s favor. Should he just come clean?

“So, I’ve been thinking… Not that there’s any pressure just because I planned this crazy-romantic date…”

Will pulled his attention from the familiar terrain of his neighborhood. Pulled his thoughts out of the dismal abyss they’d landed in. Kory gave a shy smile. Behind his head, the rain had let up and sunshine was frying a path through the remaining clouds. The unsavory conversation could always wait. Will already resented Darryl’s intrusion on an otherwise amazing day. I’m not giving that asshole another minute of my time. “You were thinking what?”

“Well, if I was gonna have heart-pounding, blood-pressure-spiking sex, it’d probably be wise to make sure a healthcare professional was nearby.” Kory quirked a hopeful eyebrow. “You know, in case of emergency.”

Will abandoned his residual misgivings. The flicker of dread was stamped out by the solid promise in Kory’s words, by his deep chuckle, by those irresistible crow’s feet he got when his whole face engaged in a smile. Will drew a clipped breath. “I may know a guy.”

Kory’s hand landed on Will’s thigh, closer to cock than knee, and pushed between his legs, in and then out, slow and suggestive. “I have specific requirements, though. He’s gotta be about five…eight?” 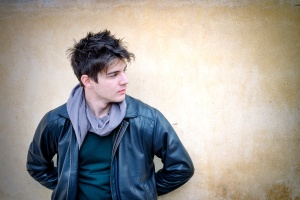 “Umm. He’ll need to have the bangin’est little badonkadonk. You know like—bam!” Kory took his left hand off the wheel to demonstrate what appeared to be an explosion. “There it is! And you wanna make that ass your pillow for the whole night.”

“Excuse me.” Will folded his lips together but he couldn’t fight the smile stretching across his cheeks or the soft titter that escaped him. “Did you have a hard time finding doctors and nurses to fit your unconventional specifications while you were in the hospital?”

“What do you say, sexy?” Kory ignored his comment as they turned into Will’s driveway.

Will pressed his hips into Kory’s touch and was rewarded by a stroke down his stiffening prick. “Did you pack your overnight bag?”