Join us for a little Halloween fun in the Fright Night blog hop! Stop by each blog to check out their favorite paranormal or spooky reads and enter their giveaways!

This is a tall order. I grew up inhaling Stephen King and Dean Koontz (okay, and bodice rippers and classics–books in general, now that I think of it). Still, it’s tough to pick creepy favorites. Also, this hop has a focus on romance (I think?), so my entire favorites list probably shouldn’t consist of straight-up horror.

I’ll do my best to mix and match, at least. These stories are in no particular order, just recommended reads for their creep factor–some more so than others. Some are also recommended for their action/adventure/ass-grabbing. 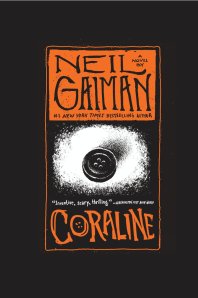 The Magpie Lord by KJ Charles

City of Bones by Cassandra Clare

The Cask of Amontillado by Edgar Allen Poe

How do you like that? I’ve got horror–both classic and contemporary–kid books, teenager stuff, and spookyish smut. Something for everyone! Happy Halloween, boys and girls!

And now, I’m obligated to tell you that I’m giving away a book of my own to celebrate both this hop and the coolest holiday of the year. Leave a comment and you’ll be in the running to receive an e-copy of my latest release, Hard Act to Follow. No, it isn’t scary, but it does have a one-eyed cat and Kyrie does enjoy dressing up.

Follow this blog and I’ll throw your name in the random.org hat twice.

What the hell? I’ll also toss in a pdf of Horror-tica, which is no longer available on Amazon, so that’s rather fancy. Two giveaways for the price of…well, free.

And lastly, don’t forget to check out the other hoppers for more fabu recommendations and giveaways!

Author of romance of all stripes. END_OF_DOCUMENT_TOKEN_TO_BE_REPLACED
This entry was posted on Friday, October 24th, 2014 at 12:33 am and posted in Blog Hop!. You can follow any responses to this entry through the RSS 2.0 feed.
« Work Space Re-Work
Tara Quan’s “Flirting with Fire” #giveaway »