Star Catcher has a Release Date!

And I’ve been sitting on this cover for far too long.  Can you blame me?  Who wouldn’t want to sit on this?  Sit and spin, that is. 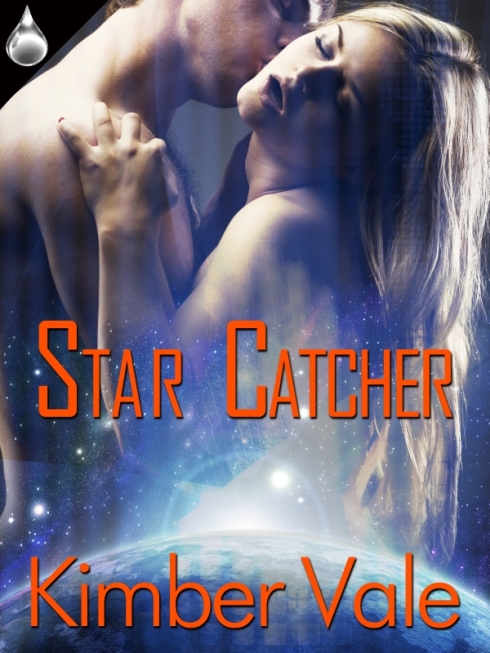 Lust flares hot and bright when Stella Aims’ world collides with the gorgeous and mysterious Noth Zobor. The tall dark stranger doesn’t speak a word of English, but Stella is happy to teach him everything she knows, including a crash course in the universal language of love. Their passion burns down to sweet and smoldering before Stella’s reality is completely spun around.

People aren’t always what they seem—but what if they aren’t even human?

Concerned that Noth’s been lying to her, Stella searches for him and walks into a trap straight out of a nightmare. When she wakes, she finds the real deception was far worse than she ever suspected, and her lover is not at all what he seems. Forgiving him might be the easiest thing Stella has to do, because getting out alive and saving her fellow humans from captivity and experimentation will be the toughest challenge of her life.

Can lovers from two different planets overcome forces that push them galaxies apart? When the fate of two species hangs in the balance, love may be the only thing strong enough to save them all and give hope for a new future.

8 responses to “Star Catcher has a Release Date!”